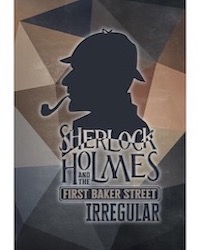 Tough street urchin Wiggins leads a group of orphans as they face the streets of London together. But when Wiggins happens to pick the pocket of Sherlock Holmes, a life changing opportunity presents itself. The play follows Sherlock Holmes, Dr. Watson, and their new apprentice Wiggins as they search for the logical explanations behind two classic Sir Arthur Conan Doyle mysteries, The Red-Headed League and The Adventures of the Blue Carbuncle. With the help of the beloved Mrs. Hudson, the often two steps behind Inspector Lestrade, and the Baker Street Irregulars, Wiggins and Sherlock discover that sometimes even the most independent and skilled leaders need to trust the expertise of an unexpected source.